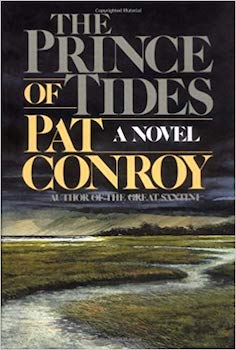 It’s just too bad what Hollywood has done to true art. When Pat Conroy first penned this amazing feat, who knew it would be destroyed by the like of Barbara Streisand?! Sorry Barbara but your hands are no longer like ‘butter’ after that dastardly deed you pulled on this otherwise spectacular story.

Here’s a novel which tells of a story spanning forty years and Barbara stole it and turned it into a money-making advertisement and a cheesy romance with no sense of taste or decorum. Shame on you Barbara!

In fact, the book speaks of something completely the opposite that the movie gives no justice to. This novel is filled with the aesthetic beauty of the South and a magic that will keep the pages turning faster than you can say “goodbye weekend”.

The novel leaves you wanting so much more and it hurts to finally finish it. You know that you will never read another one like it for years. Unfortunately, millions of people will never read it at all now that Barbara has had her way. Boo Barbara! The ‘Prince of Tides’ blows the Streisand movie away by ten times its original value. Make it twenty!

This novel is actually the story of Tom Wingo and his very gifted and troubled twin sister. In the book, Savannah is so much more than Streisand even hints at in the re-created film. The movie does no justice to Savannah or to the deeper themes that are carried through the pages. This is probably one of the top five American novels ever written and yet the movie is far from being in the top five of anything except the ‘worst translations to film’ award.

The ‘Prince of Tides’ is a story about real men and real women and it teaches us how to be both. As the hero delicately unravels a sorted past, the reader discovers a satirical undertone that reveals this book to be so much more than a cheesy romance. Unfortunately, that’s what Streisand recreated it to be. How we wish Streisand would have left the beauty of this novel intact.

Those of you who have heard of the movie but never seen it, you are in for a huge stroke of luck. The gods have looked favourably upon you and led you to this review so that you can pick up a copy of the ‘Prince of Tides’ and read it rather than ‘watch it’ for the first time.

You’re going to thank me for the advice and then pass it on to your best friend as well. Let us all take a moment of silence to appreciate the fact that this will actually happen to one reader out there and that reader will hopefully be you.

The Prince of Tides by Pat Conroy