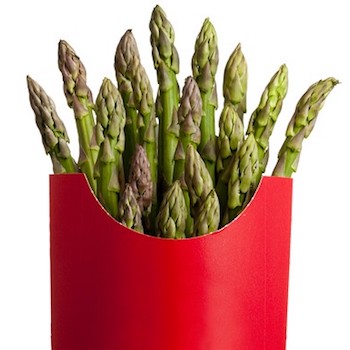 To give you an example of the mineral concentration of fruits, I want to tell you the difference between a piece of fruit and Gatorade.

We actually had someone ask what the difference is and why it would be a better choice to go with the fruit so I made a video about it.

If your electrolytes get depleted, you know, a lot of times eating a piece of fruit is a better choice than consuming a beverage like Gatorade or Powerade that’s full of sugar. And so, I wanted to give you this example.

To equal the potassium in a banana, potassium is an electrolyte, you will have to drink 216 ounces of Gatorade, which is 1.7 gallons. So think about the gallon milk jugs in your head, you would have to drink almost 2 gallons of Gatorade in order to equal the potassium. And that will provide 1350 calories in that Gatorade which if you eat the banana you would only get 200 calories. And not only that, the sugar would be 378 grams of sugar in the Gatorade versus 27 grams of sugar in banana. So in other words, bananas are rich in minerals.

Let’s choose the apple. The apple has antioxidants, enzymes, vitamins, minerals, fibre, water and it’s low glycemic index. And then to top all that off, it’s only 65 calories.

Now, a lot of people drink soft drinks. A 12-ounce can of a soft drink usually ranges from 210 to 240 calories. Now, if you were to equal that same amount of calories you would have to eat between 3 and 4 apples just to equal the calories. So think about how full you would feel if you ate 3 or 4 apples in one sitting versus drinking the soda pop or the soft drink.

A lot of people, unfortunately, would choose that soft drink over something like an apple. That’s where we have to change our thinking and our choices because the apple has all the benefits that we just explained.

If you were to order a quarter-pounder value meal at McDonald’s, and that’s not the supersize, just the regular meal, it has 1330 calories and only 11 grams of fibre in the whole meal. In order to get the same amount of fibre, actually a little bit more fibre, you can eat two bananas and only get 400 calories. So in other words, you have to eat so much of the junk food in order to get just the amount of fibre that your body needs to function correctly. And of course, that’s going to promote weight gain if you’re trying to find fibre in those kinds of foods.

There is a big difference between fruit juice and the whole fruit. Your whole fruits are typically in the low to medium glycemic index range and it’s because they are so full of fibre. Fibre slows the absorption rate of sugar down and slows down the entry of the sugar into your bloodstream. If you’re drinking the juice you’re not getting any fibre. So now, if you’re drinking fruit juice it’s higher up in the glycemic index scale, which is going to cause that spike in your blood sugar. And that also is high in calories.

So to give you an example, if you’re going to eat one orange that would equal 62 calories, it would give you 4 grams of fibre and it would be 12 grams of sugar. If you were to drink one cup of orange juice, and a lot of people are going to drink more than one cup, I think the standard serving size of orange juice is typically 2 to 3 cups, especially if you’re at a restaurant and they’re serving it to you. But 1 cup of orange juice is 112 calories, it’s no fibre, absolutely none, and 21 grams of sugar. So, just in one cup you’re getting twice the amount of sugar and twice the amount of calories. So if you’re drinking 2 or 3 cups, you can just imagine how much more sugar and calories you’re getting.

So in other words, give your kids the fruit, not the juice.