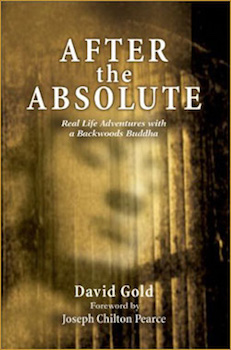 Tired of the “New Age Circus” and want something with some real meat and potatoes truth to it?

Want to read it for free in the next two minutes?

After the Absolute offers this possibility as it describes the fascinating true-life story of an encounter with a backwoods Zen master named Richard Rose.

In addition, the book is absolutely free.

No kidding. Here is an honest to goodness book that is free online and it describes one of the toughest, most unrelenting, unlikely of all Zen masters you’ll ever read about. There’s honest to goodness truth in these pages and they aren’t packaged so as to make a profit. Dave Gold has insisted on offering the story of an Enlightened Zen Master as part of the service that Rose himself always insisted upon.

Richard Rose was a no-nonsense West Virginian who was dead set on reaching the cataclysmic spiritual experience known as Zen Samadhi from a young age. He also accomplished this goal, all be it with the understanding that such a thing is not an “accomplishment” but a destiny.

In fact, the “Enlightenment” that Rose found in his early 30’s was traumatic and it absolutely blind-sided him. Dave Gold was a twenty-two year old law student who later encountered Richard Rose and whose life was utterly changed as a result. Thinking he knew what he wanted out of life; fame, money and women.

Gold soon found out he was way off track and needed to change his life entirely. This is recounted in his early meetings with Richard Rose whose intense spiritual philosophy changed his life and the lives of many others. In fact, Rose changed the life of this reviewer and will hopefully change yours.

Go to the free website OnZen.com where Joseph Chilton Peirce has also offered his Forward to this great book After the Absolute; “Gold’s tale is one of the most gripping, intensely interesting, dramatic, and indeed romantically heroic-mythic yet poignantly human accounts I have ever read.

It would make a fantastic, if unbelievable film, and is a profoundly important document. This book throws light on the perennial what-and-why enigma of our species, reveals the makings of a “new cosmology,” and surely gives glimpses into as-yet undeveloped potentials we humans hold within us.

That all this is found in an utterly absorbing narrative proves the old adage that truth is stranger than fiction.” For an entirely free book that offers such amazing insights into reality, this reviewer has to wonder why you haven’t already visited OnZen.com to check it out! Happy Reading!

After the absolute by David Gold