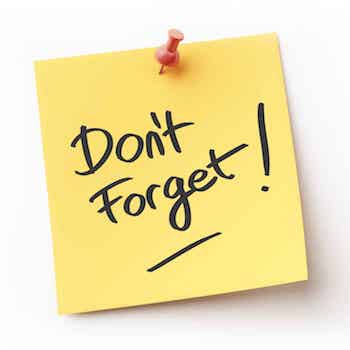 Whether you’re a budding actor, a businessperson who has to give presentations, or a PTA mom, we all need to remember lines now and then. These tricks will help.

Step 1: Write out your lines. This helps your brain commit them to memory because the act of transferring them to paper requires you to process the material instead of just seeing it. In fact, research shows this can help you memorize things 45% faster.

Step 2: If you’re memorizing lines for a play, think about the character’s motivation. Sounds clichéd, we know. But it works. It’s called ‘active experiencing’, and research backs up its effectiveness.

Step 3: Say the lines over and over – and over! Repetition trains the brain by prompting it to expect the words to follow in a certain way.

Tip: Memorize your lines on an empty stomach; that’s when the hormone dealing with memory is most active!

Step 4: When studying the lines at home, move as you would on the stage. In one study, people who memorized lines while in motion later remembered them better than those who stood still.

Step 5: Record yourself saying your lines and play it at bedtime. Your brain is most programmable right before you fall asleep, when it’s most primed for suggestion and memory retention.

Did you know? “To be or not to be, that is the question.” Is considered the most famous line in theatre history.