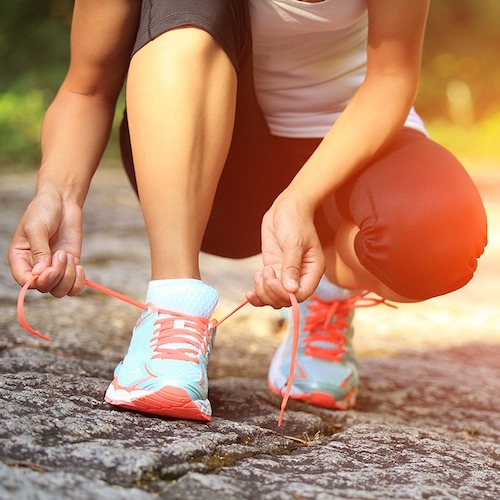 To understand why we should exercise, it’s essential to first explain the basics of a highly complex piece of machinery, better known as your body.

All animals, including us humans, are provided with survival tools. Many of these tools occur naturally in the body without conscious thought, as a means of responding to changes in our environment. For example, dogs and cats shed or grow hair in response to a change in the climate of their chosen habitat.

Similarly, if you were to move to live at a higher altitude, you would find yourself out of breath even whilst performing the most simple of functions. (walking down the driveway to collect the mail) In time, your body would produce more oxygen-carrying red blood cells required due to the lower oxygen content of the air. You will soon become acclimatized to living at altitude, and not be puffing so much.

The ability to make changes in response to our environment is called adaptation. It is the key to our survival.

When life becomes overly stressful, we as animals must have a way of dealing with it. If we cannot adapt, we die. Of course, stress can take many forms, and not all forms of stress are life-threatening.

Some forms of stress do little more than make us slightly uncomfortable. Our bodies, along with wanting to survive, want to be uncomfortable. We seek to avoid pain and strain. If an event occurs that makes us uncomfortable, our bodies will work hard to adapt, hence making the stressful experience tolerable.

Simply put, an exercise program is a deliberate form of stress and adaptation.

If you lift weights or perform cardiovascular exercise on a regular basis, you are creating a stressful environment for your muscles, heart, lungs, and cardiovascular system.

Your body wants to be comfortable.

As result of the deliberate form of stress placed upon it via an exercise program, your muscles will grow, your heart will become more efficient, (beating more when required, and recovering quicker) your bone density will increase, your lung capacity will increase, and so on.

The keys to attaining your chosen physical goals can be attributed to several key areas.

1. You need to be consistent. This means exercising consistently over a long period of time.

2. You need to adopt an investment mentality. This is extremely difficult in our fast-paced society that seems to emphasise instant gratification. Who can remember Michael Johnson’s interview after winning gold medals in the 200 and 400 metres at the Olympics? His words were:

This is a goal I have been working towards since I was 17.

3. Your body can adapt to just about any form of stress placed upon it. However, it can only do so when consecutive loads are placed upon it gradually! This is hugely important and ties in with my second point. Too often people get all inspired and charge into an exercise regime that is above their ability, then become either disillusioned or injured when results don’t occur in an unrealistic timeframe.

Those champions we see on CNN, Sky, or ESPN are not overnight successes. No one simply wakes up one day and decides to run 100 metres in under ten seconds!! Similarly, no one wakes up one morning 10-20 kilograms overweight. (Wouldn’t that be scary!!?) These changes have occurred gradually, and relatively unnoticed. To reverse these changes, you have to combat them just as gradually.