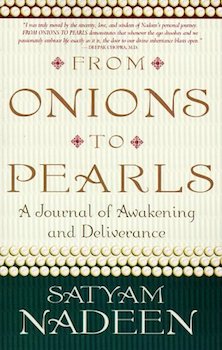 What do you get when you take a fully grown onion and begin peeling away the layers to the very core?

First, you get a whole lot of tears and then you find a beautiful pearl in the centre. This is the pearl which emerged from a small, single-room penitentiary lockdown in Florida after nearly seven years of hardcore incarceration.

Michael Clegg, a longtime spiritual student of several ‘New Age’ guru’s was tragically convicted of drug sales in Latin America and soon found himself stuck in a one-room jail cell with 30 other inmates. Michael was the only white man amongst a crew of 30 hardcore gang members and he needed to survive the only way he knew how.

Doing what only a spiritual student can do when he is stuck in a life or death situation, Clegg adopted the spiritual practices, which he had learned from his previous teachers in the US and he began slowly peeling away the layers of the false consciousness or allegorical ‘onion’.

Adopting an old name that had been given to him by a spiritual teacher from his past, he took on a new persona as ‘Satyam Nadeen’ and soon began to reach that higher consciousness which so many spiritual devotees strive for but never reach in their normal, everyday experience. Michael Clegg’s clouded tragedy became Satyam Nadeen’s silver pearl lining as he discovered the long sought-after goal of higher consciousness and spiritual awakening classically termed ‘Enlightenment’ by Eastern spiritual masters.

Satyam Nadeen describes his transformation in prison and the subsequent lessons he learned through his gruelling seven years in that single cell lockdown. Enlightenment may not be what you think but it is a reality nonetheless which deserves a second glance through the cold prison cell bars where a man stayed delved deeper into reality than many will ever dream of.

Check out this gripping account of a man who survived seven years in lockdown and who now tells of his ordeal and the great gifts which he brought out of that prison cell when he finally found his freedom.

‘From onions to pearls’ is highly recommended to those with an interest in spiritual transformation and the hard, cold reality of prison life.

From onions to pearls by Satyam Nadeen