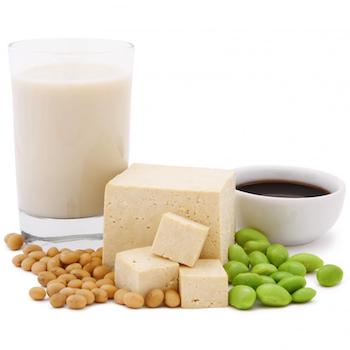 There has always been the staunch advocates and critics arguing which protein source is the best for athletes, (or anyone for that matter) wishing to increase their lean tissue.

Evidence from the American Journal of Clinical Nutrition may shed some light on this ongoing debate.

In a 12 week study examining the role of meat consumption coupled with weight training, scientists at Penn State University found that a diet containing meat was superior to a lacto-ovo vegetarian diet with regard to gaining mass.

Nineteen overweight men aged 51 – 69 with about 30% body fat participated in the study. Nine consumed a diet derived 15% – 17% of calories from protein, half of which came from meat based sources, beef, chicken, tuna etc., 15% from egg or milk products and 35% from plant sources. The other ten men consumed a lacto-ovo vegetarian diet with 12%-15% of calories coming from protein, 40% of which came from eggs, milk products and the remaining from plant sources.

Although the protein sources differed, the total amount of protein consumed by each group was comparable, with no significant differences. All subjects weight trained twice a week for the 12-week study, performing three sets of each exercise at a weight equal to 80% of their one repetition maximum. Exercises included leg extensions, seated leg curls, row and chest press, all done on pneumatic strength training equipment.

Participants in both groups improved their strength by up to 38% with no real difference between the meat eaters and the non-meat eaters. However, a definite difference in body composition was recorded. The lacto-ovo group had no change in fat mass and a slight decrease ( about 1.2% ) in lean body mass. In contrast, the meat-eating group experienced a 4.6% decrease in fat mass coupled with a 2.7% increase in lean body mass. In addition, the fibre size of the thigh muscle improved more in meat eaters, than in the lacto-ovo group. (16% vs 7% respectively.)

The results clarify the point that meat is an important source of protein, which simply can’t be substituted with plant-based protein sources.

The bottom line: For increasing lean mass consuming some meat as part of your overall eating plan is better than a vegetarian based diet.

Even in our quest for lean tissue gains (ie. muscle) we should still consider our health and keep meat lean and in moderation.