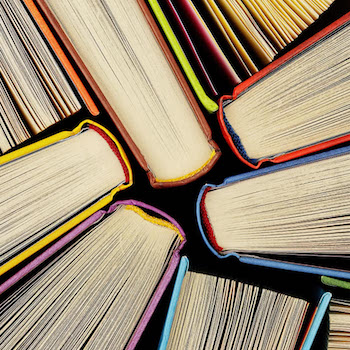 I recently ran into a couple of reading lists and realized that LOVE reading book recommendations. I can’t get enough of them.

So I decided to compile my own (somewhat eclectic) list of novels I think are amazing and essential to every library. I hope you enjoy it.

Another note: there are actually many more books listed here than 50 — a number of those listed are actually series of books, in a couple cases series that include 20 or more books. I also recommend must-read books by an author if I really love them, so the total will be well over 100.

There are classics here, but there are cheap thrillers and popular fiction and even a few “kids” books. All I know is that I loved these books — no, I still love them — and I hope you will too.

If you could fill your library with only 50 books, you could do much worse than choose these 50. So what is this list? A list of some great reads.

Not in any order but just in the order they came to me: